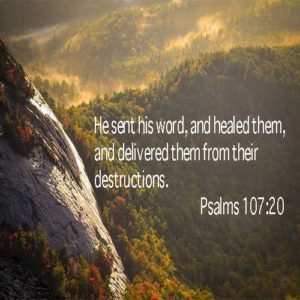 Beloved, when I gave all diligence to write unto you of the common salvation, it was needful for me to write unto you, and exhort you that ye should earnestly contend for the faith which was once delivered unto the saints. Jude 1:3

Paul was a man that contended for the faith. He learned the importance of pressing toward his goal. He learned not to let people stop him form completing the mission God sent him on. I want to encourage you to contend for the faith.

The word contend means to complete or strive in a rivalry in order to obtain a prize or reach a goal. It means to assert or maintain earnestly.

It is a fact that you have a real enemy that opposes your every move. It is his job to get you to quit. You must be determined to contend for the faith.

Nehemiah was a man that served in the Kings court. He was a cupbearer. He interceded on behalf of the people after hearing the condition of Jerusalem. He asked God to forgive them for the sins they had committed against God.

It was not good practice to serve the King with a sad face. The King asked Nehemiah what was wrong. He was afraid because he knew it could cost him his life to be in the Kings presence with a sad countenance. He explained the reason for his sorrow and the King asked what his request was. Nehemiah prayed to God for what to say. He asked the King if he could go to Jerusalem to build the city.

This was a bold statement but he stepped out in faith and confidence and God answered his request by granting him favor and provision to complete the task. The King asked was how long was the journey and when he would return. This shows Nehemiah was a trusted servant. Nehemiah set a time and was released to go and complete the mission that was on his life.

God will use men and women to help us complete the task that God gives us. You must contend for the faith, not give up or give in, even in the face of opposition.

The hand of God was on Nehemiah’s life.

In contending for the faith it is important to get the mind of God when He has called to you to a region, sometimes this entails being a stealth and only doing as the Lord directs and only sharing as God directs. Nehemiah used wisdom in order to find out the condition of the city and then in getting the mind of God to repair the wall.

He reviewed his intent to rebuild the wall after He knew the condition and had the direction of the Lord to begin to build.

Nehemiah met with opposition as soon as it was made known he was in Judah. Sanballat, Tobiah and Geshem laughed at Nehemiah they despised him accusing him of rebelling against the King. Nehemiah answered them and let them know that God would prosper them and they would build.

Do not come down or give in to an up rising of the enemy. Just as Paul contended each time he face the religious crowd you must be willing to contend for the faith, even in the face of opposition.

Jesus contended each time he entered his hometown and met with doubt and unbelief.

There will be times when the Lord will allow you to go through severe trial. He will allow things to come your way that will cause what you go through or endure to bring to a place of perfection in Him.

Not many could walk with Paul, he suffered abandonment, but the Lord was with him. Three men also stood with him through all he endured, Timothy, Silas, and Luke. Luke really tended to Paul especially in the afflictions he suffered. Paul later called for John Mark as he matured and Paul acknowledged that He was needful in the ministry.

To contend for the faith means

Stephen was a man full of the Holy Ghost, when he met with opposition he stood firm on his faith, contended in the face of death. As those who grew to hate him opposed the word he spoke and proceeded to stone him Stephen prayed for them and asked God not to lay it to their charged (Acts 7:54-60).

The greatest example we have is Jesus, He prayed for those who crucified him asking God to forgive them because they did not know what they were doing (Luke 23:34).

It is a given that as a believer you will encounter spiritual warfare. Demonic forces and opposition will come against you but God will give you the strength you need to contend for the faith. He will give you the stamina to run your race with patience.

I encourage you to contend for the faitDo not stop, finish your race, and finish strong in the name of the Lord!